Green Bay Packers' Brett Favre walks off the field after being injured in the 2nd quarter. The Green Bay Packers traveled to Irving Texas to play the Dallas Cowboys Thursday November 29, 2007. Steve Apps-State Journal.
(Published 11/30/07) Brett Favre clutches his right elbow after he was hit by Cowboys' Nathan Jones in the second quarter of Dallas' 37-27 victory over the Packers Thursday night in Irving, Texas. Favre also separated his left shoulder on the play, but says he "anticipates being fine" for next Sunday's game against the Raiders. 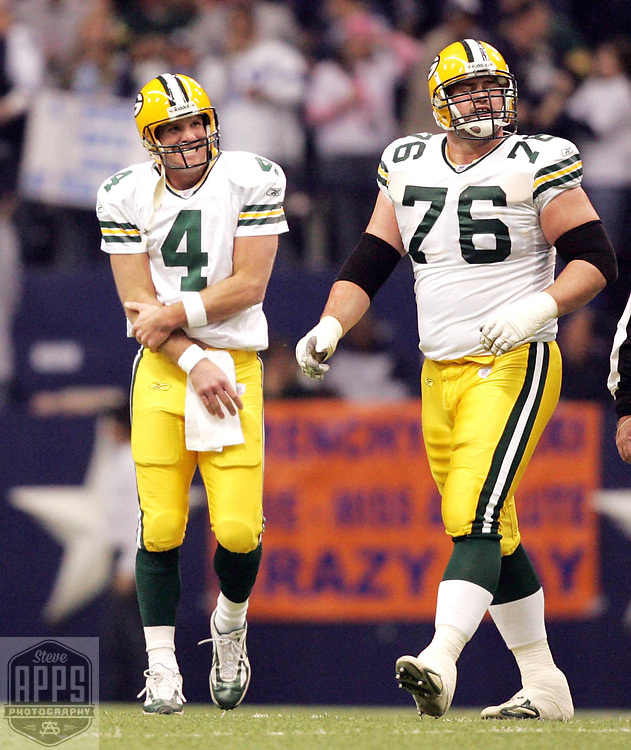